7 min read
Emerging from the Great Lockdown: The Impact on Real Estate
Posted on August 05, 2020 by Ritu Khanna 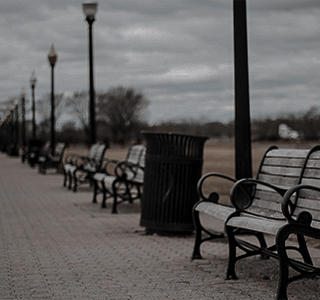 One of my secret life hacks is to automatically skip over anything or anyone pretending to claim what the future holds. Invitation to a webinar on the Outlook for 2020? Delete. That friend who has complete conviction on travel trends for this summer? Zoned out like an hour ago. No one knows what lies ahead, so I’d rather not waste my time or energy.

So, we’re going to do exactly what the sages tell us: focus on the present moment. Like a good value investor, we dive into the underlying fundamentals of five major real estate sectors, one by one. Though there may be nuances based on geography, we look at the office, retail, industrial, housing, and hospitality / restaurant sectors to get a sense of how real estate as a whole is faring through this time.

In the first quarter of 2020, office vacancies increased by a modest 20 bps, while estimated office rents increased ~0.5% nationally, according to CBRE Econometric Advisors (CBRE-EA). However, the outlook for the remainder of the year is not as tepid: CBRE-EA expects vacancy rates to increase from its current 12% to almost 14% within a year, and rents to decline by 9% over that same time frame.

The biggest unknown for offices is whether tenants will demand more or less office space in a post-pandemic world. On the one hand, more employees may elect to work from home as their employers realize that it can work quite well.

On the other hand, company culture and productivity are dependent on sharing a common space. Also, tenants may actually need more space to accommodate for social distancing. Co-working spaces would probably be impacted by this most, as:

Important to keep in mind however, is that though co-working spaces were increasing in popularity in recent years, they still only made up a small portion of total office inventory. “In the core submarkets of 19 major U.S. markets surveyed by Colliers, flexible workspace occupied 27.3 million square feet of office space as of mid-2018, making up only 1.6% of all office space.”

Since the pandemic started, there have been several retailers that have filed for bankruptcy, including J.C. Penney, J. Crew, Neiman Marcus, True Religion and Modell’s Sporting Goods . . . among others. However, this seems to be more a function of existing trends; last year, as the economy was booming, retailers closed more than 9,500 stores, according to Retail Dive. There are two main drivers for this trend:

First, consumer preferences have been changing over the last decade, with individuals wanting to spend more of their disposable income on experiences as opposed to material things.  However, as travel becomes increasingly difficult and restricted, it is possible that we see a slight reversal of this trend, at least in the short-term.  Many of the biggest brands in China witnessed ‘revenge spending,’ or a rapid recovery as stores reopened in China this April, as reported by CNBC.

Second, e-commerce has become increasingly popular. That said, it is important to note that online spending represented 16% of total retail sales for the year, according to a Digital Commerce 360 analysis of Commerce Department retail data. With the majority of shopping still completed in brick-and-mortar locations, it is unlikely that retailers will abandon that channel completely. They also know that landlords have availability and limited options, so may have increased negotiating power in this new paradigm.

Though the decline in retail was not caused by the lockdown, it was certainly accelerated by it.

The effects of the COVID-19 pandemic to the industrial sector, in terms of values, rents, and occupancy rates, have been modest as compared to other historical disruptions, according to a report by CBRE-EA.  There is however a bifurcation between market and asset types. With e-commerce becoming more widely adopted, there is a need for increased warehouses and fulfillment centers.  Data centers and self-storage facilities have also been on the rise, with the increased use of cloud services for business continuity and urbanization.

However, warehouses with exposure to small businesses and hospitality-dependent markets, such as Las Vegas, are likely to suffer greater impacts than more economically balanced markets. Further, “weaknesses in manufacturing and brick and mortar retailing are expected to spill over into industrial markets throughout the remainder of 2020.” As such, CBRE-EA expects rents to fall 1.5% in 2020, with vacancy rates rising just over 200 basis points.

Apartments: One of the most critical drivers multifamily demand is employment. A key issue now however, is that many states placed a temporary ban on evictions to safeguard tenants. In the past, if you didn’t pay rent, you were no longer a tenant. Now with many of those bans lifting, the future remains a bit uncertain as it is not clear when unemployment will revert to pre-pandemic levels. Further, while the government stimulus helped individuals keep up with their rents, it is unclear whether the program will be extended.

That said, according to RealPage, occupancy rates dropped to 95.2% in May, a decrease of 40 basis points from March’s reading. “Executed new lease rent has dropped at least 8%, which is double the norm in the U.S., in Boston, Detroit, New York, Salt Lake City, San Francisco and San Jose, California” (Source: HousingWire).

Single Family Houses: Preliminary Census data shows “Sales of new single-family houses in May 2020 were at a seasonally adjusted annual rate of 676,000, according to estimates released jointly today by the U.S. Census Bureau and the Department of Housing and Urban Development. This is 16.6 percent (±15.5 percent) above the revised April rate of 580,000 and is 12.7 percent (±23.5 percent)1 above the May 2019 estimate of 600,000.”

With the leisure and hospitality industry hardest hit by the pandemic, hotels have already lost more than $36 billion in room revenue since mid-February, according to the American Hotel and Lodging Association. The restaurant industry lost $80+ billion in sales by the end of April 2020, and 4 in 10 restaurants are closed, as per data collected by the National Restaurant Association. The same source states: “eating and drinking places registered sales of $38.6 billion on a seasonally-adjusted basis in May, according to preliminary data from the U.S. Census Bureau. While that was up nearly $9 billion from April, it remained nearly $27 billion down from the pre-coronavirus sales levels posted in January and February.”

Though every sector will face operational challenges as parts of the country start to re-open, it is clear that some were more resilient than others.

How long will recovery take? Not sure. McKinsey & Co. created nine different possible scenarios, and maybe reality will provide us with a tenth. In forming your own hypotheses for the future of real estate, it may be helpful to outline the real estate implications for the scenarios you expect are most likely, similar to this paradigm created by Nuveen Real Estate (see page 6).

Keep in mind, it is likely that the current upheavals will inspire innovation. There will be new normals. How can existing real estate be repurposed to meet shifting demands? We have already seen big box retail profitably convert to self-storage. Will malls and their parking lots be converted to self-storage or data centers? Or will hotels be converted to senior living facilities as the population ages? Will historically “immune” sectors such as Life Sciences grow even further?  How will the economy as a whole change if a national digital currency is adopted? How will secondary markets be affected?

As Albert Einstein said, "in the middle of a difficulty lies opportunity." We hope that the best is yet to come.

RD Advisors continues to close on new loans in Boston and New York during this time. E-mail us at contact@rdadvisorsre.com with details of your next flip.

1 The 90 percent confidence interval includes zero. In such cases, there is insufficient statistical evidence to conclude that the actual change is different from zero._