6 min read
Spotlight on Boston: A Review of 2020 and a Look Forward
Posted on December 14, 2020 by Eric Friedlander and Ritu Khanna 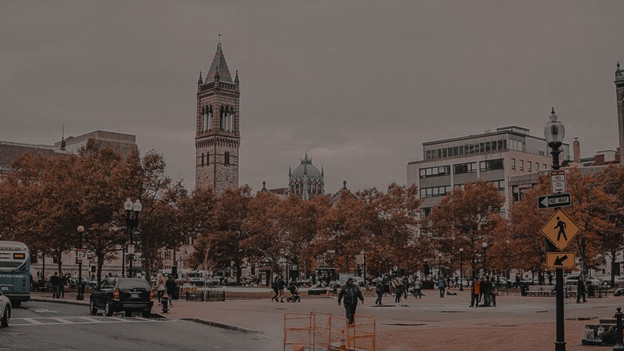 Though at first glance it seems that Boston was no exception to the urban exodus experienced by many large cities across the United States in 2020, a closer look at the data indicates that the COVID-19 pandemic may have accelerated a trend that was already taking place. Boston has the highest concentration of millennials in the country, who are at or approaching the average age when they seek to purchase their first home – 32 years. This, combined with (1) low-interest rates, and (2) a diverse economic base focused on relatively recession-proof industries such as education, biotech, and healthcare, created the perfect storm for a shift to the suburbs and exurbs.

“Closer look at the data indicates that the COVID-19 pandemic may have accelerated a trend that was already taking place.”

This is probably not a surprise to anyone. But as we plan for 2021, a deep dive into the numbers and a closer look at demographics may be helpful to gauge which areas to find your next opportunity.

The market for real estate investing in Boston started out strong at the beginning of the year. As per this Boston Real Estate Market Report in Curbed:

The number of closed single-family sales was up 5.9% year over year in January, to 3,249, according to the Massachusetts Association of Realtors. And the median sales price was up 6.6%, to $405,000. That represented the ninth straight month that the median tag was above $400,000.

→  This was a continuation of the steady increase in home values since the Global Financial Crisis, and was probably due for a correction.

The real estate market started taking a turn in March, once the state locked down and construction was halted. According to RealPage’s monthly rent collection survey, “Boston landlords collected 68.6% of rents between Oct. 1 and Oct. 6, compared with 80.3% for the same period in 2019.” This is the largest drop compared to other large markets and is just one of several indicators that the market is struggling. Apartment List reports that rents have dropped by 18.2% since March, and occupancy fell below the U.S. norm in recent months – “a position the market hasn’t found itself in for at least two decades.” Though an occupancy rate of 95.4% as of September 2020 doesn’t seem like a large drop from the 97% peak it experienced a year earlier, this should translate to a staggering ~366% gain in available inventory if we were to use the listings on Boston Pads as a guide.

The Greater Boston market has a slightly different story – it remained strong in terms of price, despite a few dips in activity. While there were fewer single- and multi-family properties sold in the first three quarters of 2020 as compared to the same time period in 2019, the average sales price stood strong, and generally increased in almost every town tracked in the CENTURY 21 Adams Market Report (summarized below).

That said, there was a sharp increase in new listings during the last month of the third quarter; total listings increased by 15.2% from August as more sellers entered the market. Consequently, there was a 38.2% increase in year-over-year pending sales in September, as per the Greater Boston Association of REALTORS® (GBAR).

→   Homes were being sold almost as soon as they were released to the market, commanding high prices. The data suggests that there has been pent-up demand, and the YoY decrease in the number of sales may be attributed to the lack of supply.

Though landlords in Boston city proper are currently struggling, this is certainly not reflective of the abundant opportunity in the Greater Boston real estate market overall. The next few months are sure to bring even more shifts, and RD Advisors is available to help you take advantage of them. To learn more, complete a loan request form here.

This article is written for information purposes only and is not intended to be relied upon by any party without their own independent analysis. The opinions expressed and other content of this posting may change at any time and without notice. This information is not to be used or considered as an offer to sell, or a solicitation of an offer to buy, any security, loan, or other product, and is not an offer to provide any services. In addition, the information shall not be considered a recommendation for the content of any website or to purchase any other product, service, or investment. Nothing in the above constitutes any offer to provide a loan or other financial product or a commitment to do so or to discuss providing such products. Our loans are not for everyone. Final approval for our loans is subject to satisfactory due diligence, background and credit checks and general credit approval, which depends, among other things, on a determination in our sole discretion that the loan fits our Fund’s investment strategy and portfolio and is generally a good fit for us.
< PREV NEXT >
256 West 38th Street, 15th Floor
New York, NY 10018
212 785 4680
516 East Second Street, Unit 39
Boston, MA 02127
617 606 3413
contact@rdadvisorsre.com
Sign Up for Our Newsletter