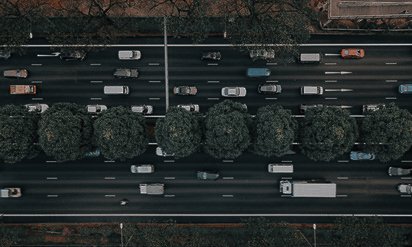 The beginning of the pandemic brought a series of predictions about a considerable exodus from the cities to more remote areas. And as over 40% of the U.S. workforce became remote, people were anticipating workers to leave urban centers for suburbs and towns, ditching overvalued apartment units for larger property in underexploited areas.

But the data so far shows a variety of different results. A Bloomberg article chronicled how permanent residence changes took a couple of months to begin,and when they did, they didn’t go exactly as anticipated. Some people seemed to prefer other large urban areas over rural / suburban settings. Others have helped propel the growth of smaller yet up-and-coming cities. And a lot of people haven’t actually moved.

Let's explore how Americans seem to have been moving during the pandemic, and what that could mean for these cities’ residential and commercial real estate markets.

Actor Dean Cain recently referred to New York as the land of the “flee.” The first major focal point of the virus in the countryserves as a prime example of what similar large urban areas are experiencing. Some New Yorkers have been fleeing the city in droves since the outbreak started (in October, around 16,000 Manhattan apartments were reportedly vacant).

“The things that made a city like New York most appealing have been some of the most affected by the lockdown.”

This has been especially true for high-earning workers in finance and tech, according to a CNBC story. The math is simple (especially to them): add the ease of remote work to the obvious tax advantages of living elsewhere (New Yorkers can pay over 13% in state and city taxes, CNBC cites), and suddenly relocating doesn’t seem like a terrible idea.

Additionally, the things that made a city like New York most appealing have been some of the most affected by the lockdown. Nightlife, restaurants, entertainment, local tourism, retail, museums — with most of these gone (or operating with increased restrictions) for at least another five months, there are even less reasons to justify the high living expenses.

The story repeats in similar cities, like San Francisco, which faced a 20% drop in rent growth. It is still unclear exactly how many people have left, but sales tax collections show part of the story. A SF Chronicle story shows what’s happening. The story revealed that total sales tax collections are down 43% in the county. Whereas other counties like Los Angeles and San Diego saw an increase of over 30% in online sales tax revenue(signaling that people are still there, just staying indoors), San Francisco’s has only grown by 1%. “That’s a sign to me that people aren’t here,” said Ted Egan, Chief Economist of the City and County of San Francisco.

Now, while this may be true for these specific examples in these two particular cities, some believe that generalizing this “urban exodus” is an exaggeration. A recent Bloomberg article aggregated data from moving companies, real estate websites, and research centers, and found that overall, nationwide moves were perhaps limited to “socioeconomic pockets” who were able to do so, and did not increase throughout all urban centers. Remote workers, according to LendingTree, seem to be the ones most likely to consider a move.

Where are they going?

For high-earning finance and tech workers (a considerable chunk of movers per the CNBC story), the answer has almost invariably become Miami or Austin, Bloomberg CityLab recently reported. CityLab cited firms like Blackstone, Goldman Sachs, Elliott Management, Oracle, Tesla, Apple, and DropBox are amongst the largest to have reportedly taken steps to either open an office or completely relocate there.These urban hubs have reportedly seen an increasing influx of workers over the past couple of years, which has only been accelerated by the opportunities created by the pandemic.

“Progressive hubs can provide similar amenities to large urban areas while offering massive savings on housing costs, and in many cases an improved quality of life.”

For everyone else who has actually moved this year, Redfin data recently identified places like Santa Barbara, CA; Austin, TX; Louisville, KY; Burlington, VT; Nashville, TN; Charleston, SC, and Charlotte, NC as common destinations. It is important to note that some of these smaller cities were already favored by permanently remote workers. Progressive hubs can provide similar amenities to large urban areas while offering massive savings on housing costs, and in many cases an improved quality of life.

Other destinations like Sacramento, Greenwich, Buffalo, and Syracuse can serve as nearby escapes for those fleeing sprawling centers like San Francisco and New York but wanting to remain somewhat close. Connecticut, for instance, has seen a remarkable influx of home buyers, many of which are believed to have come from New York City. This trend has been recently backed by a sentiment survey from LendingTree, in which almost 40% of respondents reported considering moving to either a new home in their current area, or a new city in their current state.

But most interestingly, a lot of people seemed to have left large cities for other large cities. A United Van Lines study found that over 18% of people leaving San Francisco were heading to Seattle, Austin, Chicago, or New York, as reported by the Bloomberg story. Similarly, the study found that 5% of fleeing New Yorkers were heading to Los Angeles, 3.5% to Atlanta, and over 10% to cities in Florida. Perhaps the last identifiable trend is that the pandemic has also given way to affordable real estate opportunities in these large areas, which some people seem to have been taking advantage of given the freedom to choose where they want to live.

Are they coming back?

Real estate data shows both a substantial increase in home sales (which would intuitively point to a more permanent shift) and an increase in rental demand (which typically have shorter-term contracts), so it’s hard to reach any overarching conclusions based on the data alone.

“But leaving the big city may not always be the best option. In many cases, it comes at a cost — both financial and social.”

Some economists back the idea of the pandemic as a catalyst, an accelerator of existing migration trends. Housing markets like Austin have been experiencing growth for the past five years, a trend which has only been accelerated by the pandemic. This would be a good guess for similar markets.

But leaving the big city may not always be the best option. In many cases, it comes at a cost — both financial and social. Some tech companies, for example, are offering permanent remote work options with a pay cut, as they no longer have to compensate for the high cost of living near the office.

Add to this the opportunity cost of being isolated from a large urban community — the potential inability to build relationship capital when communicating only over a screen, and all the missed networking opportunities (indeed the reason why certain industries need to operate in such close physical proximity). A permanent relocation, therefore, may not seem like the optimal choice for people in certain points of their career.

What will happen to real estate markets?

A large city’s income could suffer a significant blow if those leaving it are its highest earners. A whopping 80% of New York’s income tax revenue comes from the wealthy 17% that make over $100,000 per year, according to Bloomberg, and if only 5% of that group were to leave, the lost revenue might surpass a billion dollars.

But one has to consider that vacancy rates within big cities have already given way to more opportunities. Intra-city moves are an important migratory pattern to consider, and New Yorkers seem to have been able to either renegotiate lease terms or move to larger spaces in the city.

Further, with more than one COVID-19 vaccine available, we can finally begin to estimate a deadline for the pandemic. We may not have to operate with such restrictions forever. And when that happens, big cities will be ready to open up again, bringing back some of the things that made them attractive.

At the end of the day, a lot will depend on what office life looks like post-pandemic. If large employers leave big cities for suburban campuses, employees will follow suit. If remote work maintains its popularity, as a recent Upwork report highlighted, these trends might continue in the following years. But with high vacancy rates and desperate landlords, corporate tenants may be able to negotiate cost reductions while maintaining their big city spaces.

All in all, moving patterns have given way to activity in certain sectors of the market. Some up-and-coming markets’ growth has been turbocharged (per Austin and Miami’s examples), low interest rates have made financing attractive for some, and a considerable chunk of the population (over 40% according to the previously cited LendingTree survey) has considered relocating. The market has been on the move, with no signs of stopping.