7 min read
The Government Stepped In. Now What?
Posted on June 04, 2020 by Juan Quimper 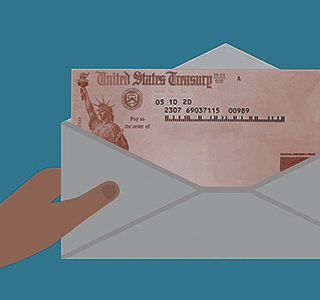 Schools and businesses are closed, and millions of people are under orders to stay home. The unemployment rate in the U.S. has soared to over 14% – the highest in the history of the series. Landlords are struggling to figure out if and when they’ll receive rent. Construction has decreased in some states. Economically, all of that sums up to two big facts: cash is scarce, and borrowing might not be an option.

In comes the Federal Government with a record-breaking $2 trillion stabilization package, seeking to provide citizens and struggling businesses with funding to cover near-term fixed expenses. Approximately $600 billion is going directly to families and individuals – a portion as checks to taxpayers, and another portion as enhanced unemployment benefits. Over $700 billion is for businesses large and small, mostly in the form of loans.

Just days before that, the Federal Reserve moved with force as it took a series of aggressive measures to combat the crisis and save financial markets. These have included a repo operation of over $1 trillion, and a series of purchases of at least $500 billion in treasuries and $200 billion in mortgage-backed securities. All of this was in addition to aggressive rate cuts.

The fiscal and monetary policy responding to the COVID-19 pandemic has in some waysexceeded the efforts to stabilize the economy after the 2008 crisis. But what could it all mean for real estate markets, and — more importantly — have measures like these been effective in the past? Let’s walk through the steps the government has taken so far.

The Coronavirus Aid, Relief, and Economic Security (CARES) Act grants individual taxpayers with an adjusted gross income of up to $75,000 checks for up to $1,200, and couples filing jointly get double the amount plus an additional $500 per claimed qualifying dependent. Collection of federal student loan debt has been suspended until later this year, and unemployment benefits have been increased. This is the Federal Government’s way of providing liquidity to households, and a way to issue a tax break.

But beyond the ability to pay the bills, stimulus checks and tax breaks are a way to stimulate spending, which would hopefully accelerate economic recovery.

When the economic downturn signaled a possible upcoming recession in 2008, the Bush administration disbursed paychecks similar to those distributed this year, or $600 to individuals and $1,200 to married couples (source: GovTrack). A paper found that while in some outstanding cases bills were temporarily paid off, and savings increased, the overall effect on spending wasn’t substantial.

A year later and under the pressure of the Global Financial Crisis, the American Recovery and Reinvestment Act (ARRA) provided over $260 billion in relief to families in the form of tax cuts, tax credits, and unemployment benefits under President Obama, according to The Balance. While the effectiveness of ARRA as a whole has been widely disputed because of its size and scale, it was part of a much bigger plan that included billions in government contracts over a long-term period. And, while the taxpayer stimulus program was economically enormous, The Balance reports that workers have said that not receiving an actual check made most of them oblivious to the fact that they had actually received a break.

Even in 2001 when the U.S. was under similar economic strain, many taxpayers received stimulus advances and tax breaks as part of a 10-year Federal income tax reduction plan (see this paper by the University of Michigan and the National Bureau of Economic Research).  The research found again that the increase in spending from the stimulus was lower than expected, even in low-income households.

All of these are similar to the situation today. So far, stimulus checks and unemployment benefits have been covering some taxpayers' expenses including rent and mortgages, giving temporary relief to landlords. But delays in disbursements, a staggered economy with decreased spending, and the uncertain future of the outbreak might offset these temporary benefits. And a tax stimulus is not a long-term solution, particularly if the impact of the outbreak lingers.

As Bankrate explains, slashing the Federal Funds rate (now targeting 0% - 0.25%) can typically be a boon for variable-rate borrowers – those with Adjustable-rate Mortgages (ARMs) and variable-rate Home Equity Lines of Credit (HELOCs) – and therefore those looking to refinance. But things might not be so easy this time, as the pandemic continues to bring uncertainty to all parties.

As a recent NYTimes article noted, some lenders are overburdened by higher demand and decreased lending capabilities, and some are having a tough time qualifying buyers in an unstable economy. Property buyers and sellers are trying to deal with the obstacles from social distancing rules, and title searches in some states have been halted, as many government offices have shut down. Locking down rates has also become harder in some situations, given the many possible contingencies.

With the many challenges faced by both borrowers and lenders, the effect of rate cuts on today’s scenario could largely be determined by the extent of the containment of the virus itself, and not solely by the Fed’s rate policies.

A large backstop for mortgage rates and tightening credit markets has been the Fed’s near-unlimited buyback of Mortgage-Backed Securities and Treasuries. These, together with massive repo operations and repurchases of commercial paper and ABS facilities, have provided short-term liquidity to credit markets, while attempting to stabilize rates and keep markets open.

The availability of cash has stabilized financial institutions, but this did not translate to lending abilities, as some lenders, like J.P. Morgan, are reportedly shying away from lending and tightening their standards. Though over 3 million loans benefited from a government forbearance program, lenders are not sure whether or not Federal action will prevent a crunch.

Finally, the SBA loan program initially took up $350 billion of the relief package to help small businesses cover expenses, and while many noted it was not nearly enough, an additional $300 billion has been approved, according to Reuters.

The SBA program is providing low interest-rate loans to qualifying businesses with a possibility of loan forgiveness if they use the funds to maintain their current payroll and cover rent, mortgages, and other specific expenses. Larger businesses have taken advantage of existing credit lines to ensure they can remain liquid. Earlier this month, S&P Global noted that revolving credit facility drawdowns for both investment grade and high yield companies had reached over $180 billion.

The COVID-19 pandemic caused governments to enact immediate, extensive protective measures; yet, some businesses face an inability to bring in revenue even as they rush to shift to alternative business models to stay alive. Many businesses, big and small, have already executed large-scale furloughs, and even large retailers have, in some cases, stopped paying rent.

Of course, we don’t know what would have happened in the absence of any measures, and given the scale of this event, some sort of direct stimulus was needed. Additionally, it may be difficult to isolate the impact of the pandemic on the economy from other factors, including but not limited to, natural disasters, looting resulting from social unrest, trade wars, or changes in consumer preferences (unrelated to the coronavirus).

Altogether, the economic policy currently battling the contraction from the COVID-19 pandemic seems to be providing partial short-term stability for some parties. Yet, regardless of its unprecedented scale, the increasing uncertainty caused by the virus offsets some of these benefits. Also, with the first wave of the pandemic still accelerating in many states, coupled with the possibility of future resurgences of the pandemic even in the states that seem to have contained it for now, additional measures might be required.

A report from JLL notes, “real estate continues to offer good risk-adjusted returns that are less correlated to other asset classes,” especially in volatile times. Though current uncertainty might cause disruptions for prospective deals and cash-strapped debtors in the short-run, things could quickly change as the virus fades away.

The primary difference between today’s situation and previous recessions is that at the core of the crisis is an unpredictable virus, which will prevent us from working and getting on the path to economic recovery until we find a way to provide immunity, or at least a way to contain it enough to allow economic activity to resume completely (in stages).